There’s nothing more disappointing than grabbing a cold cuppa and accidentally swigging a mouthful. In fact, I think it’s the one way to make any British person crack. So when I was promised left over coffee still hot from the night before, I had to find out what magic was afoot.

I was invited to the chic setting of Foundation Coffee House in Manchester by Genuine Thermos. It’s a stone’s throw away from my apartment but I’d actually never been. I struggle to keep up with the ever-changing NQ!

@_Philocalist If you want to stay up all night, hot and delicious #OvernightCoffee will be there. If not, it’ll be warm tomorrow morning.

On the day of the event I received a somewhat cryptic tweet from the brand and thought not much of it. Upon arrival, I was asked if I’d received said tweet and suddenly panicked. Was this some sort of riddle that I needed to answer?

Thankfully not! Although I was presented with a flask which certainly put things into context. “This coffee was brewed this morning. Can you check if it’s still hot?”

After struggling with the lid (I’m not as tough as I make out) I poured the coffee. It actually had steam rising from it. This wasn’t your usual luke warm tipple, it was actual hot coffee that was as good as fresh. I’m not one to be easily impressed, but when someone makes quite a hyperbolic claim and actually pulls though they deserve props! 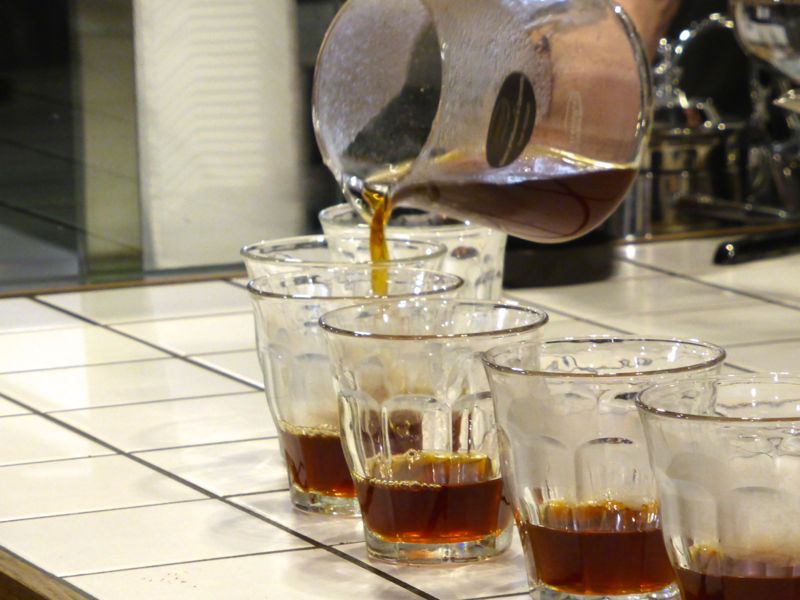 Following Thermos’ magic trick (honestly it’s witchcraft) we were introduced to the team behind the coffee. The lovely lads at Foundation put on a tasting session, taking us through a whole host of different methods. I attended the later session and resigned to the fact that I’d probably be up all night from the caffeine!

I do love coffee, but I’m really not clued up at all. I only recently stopped drinking Starbucks because they use palm oil, so this really was an education. The thing is with coffee, and quite a lot of foods when you grow older, people become quite snobby. It has to be made in a certain way and taste just right. Thankfully the guys at Foundation definitely didn’t come across in this way.

They told us about each blend and the way to brew it, without any of the pretentious waffle you might get elsewhere. You could tell they were passionate about coffee, but not once did it seem intimidating. However, I did show off my new knowledge to my fella. He thinks he knows about coffee because he owns a Tassimo… give me a break. 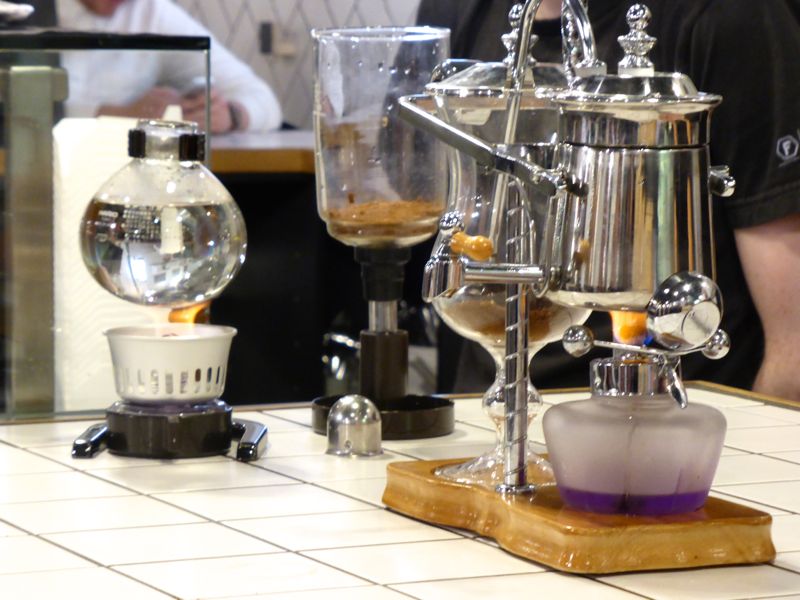 Some of the equipment wasn’t exactly the sort of thing you’d have around the kitchen. It actually looked more like a chemistry kit. The following weekend I was inspired to pick up a V60 coffee dripper from Twinings though! Only £15, you can’t go wrong. Foundation were also nice enough to give us some coffee to take home and fill our Thermos flasks with too – my work commute just got better!

I’m so glad I attended this event. I now know exactly what both my dads are getting for Christmas this year! It’s such a dad gift, but these flasks will be brilliant for them as they both work outdoors. If I had one in uni my 24hr library stints would definitely have been much more bearable!