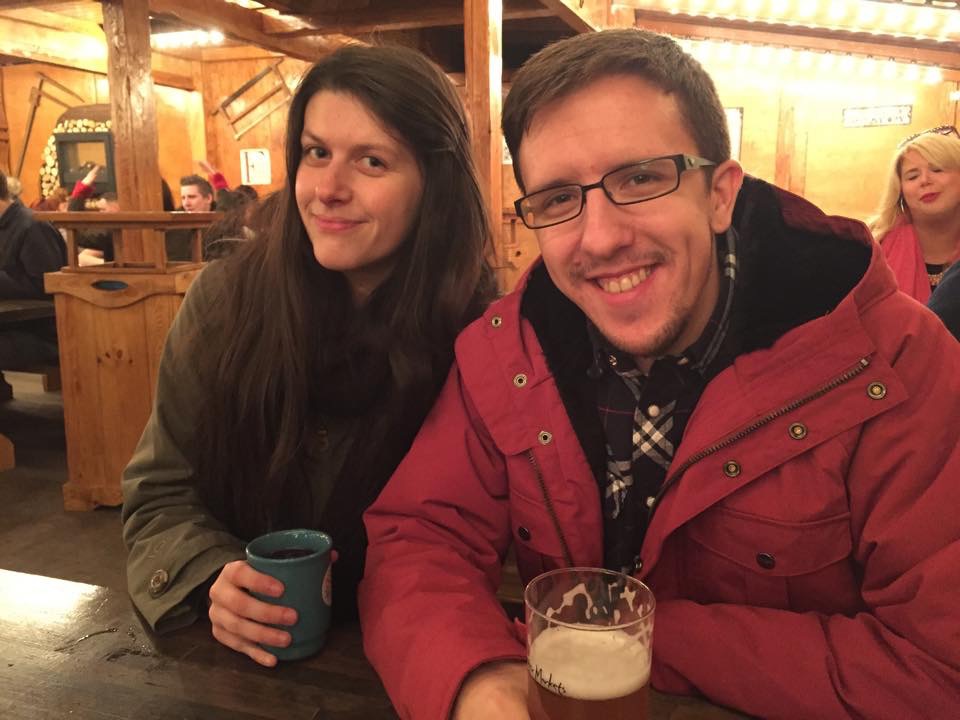 Today, my partner and I will be celebrating our 10 year anniversary. We’ve been together since teenagers when he asked me out on Myspace – romantic, I know. I lived in Blackpool at the time, a long hour & half train ride away from him. He’s supported me through my GCSEs, A-Levels, my degree, ill health, grief, friendship breakups and we’re definitely stronger together than apart.

Having said that, we don’t live together, we have no plans of getting married (ever, don’t @ me) and neither of us really know what the future holds.

Whilst we have a close relationship, Ry and I both march to the beat of our own drum. Separately. I rent in the city center, he lives in a small town on the outskirts. I’ll go out during the week to blogger events & meet for coffee with friends, he’ll go out walking with his friends or lose his mind on a Destiny raid. On weekends, we reconvene nattering about the week as if we’d never been apart.

It works for us, but once you’ve reached the 10 year mark people start to wonder what’s going on. Convention dictates that a relationship should have ‘moved on’ by now. That’s the problem though, convention is ruining modern relationships.

Meeting expectations
In a world of private DMs and Tinder, once you’ve sifted through all the bad eggs the game seems to be to settle down as quickly as possible. One minute, you’re seeing a few people without really putting any commitment in, living your life flying solo… then BAM! You’ve found ‘the one’ all of a sudden and it’s time to get shacked up.

As someone who shudders to think about modern dating, I’m glad I never had to go through it and I definitely wouldn’t shame anyone for online dating (I mean come on, do I need to remind you about the Myspace thing). That said, I think the level of choice we’re now faced with can be just as anxiety inducing as it is empowering.

It’s as if once two people have found each other among the rubble, they have to fast-track their way through milestones to legitimise their relationship. Perhaps this is out of fear their partner could quickly move on in the fickle world of online dating. After all, we’re more aware than ever just how many other fish their are in the sea.

Everywhere around me I see friends rushing to move in with their new partners. There’s two common scenarios; (1) They’re struggling to afford a small flat together which eventually drives them apart due to cabin fever. (2) They make the very grown-up move of getting a house together after a year of ‘being official’, only to realise they’re now in a legally binding contract with someone they aren’t too sure is the right person.

Whether you’re single or in a relationship, the pressure to meet expectations can ruin a good thing.

Once upon a time, people used to compare themselves to the celebrity couples plastered all over magazines. Today we have it even worse, because we’re comparing ourselves to edited reality TV couples, instagram ‘power couples’ and countless weird relationship memes (the curse of #justgirlythings).

We have this weird picture in our head that the perfect relationship is one where you go off travelling together – but wait – you also need to be happy doing the sensible thing by settling down, buying a house and starting a family.

In the perfect relationship, you’re supposed to go on the most romantic dates worthy of a pinterest snapshot – but hang on – you’re also supposedly super comfortable doing nothing but Netflix marathons because that’s a sign of being comfy in each other’s company.

And don’t forget, the modern relationship doesn’t need cheesy labels – but wait a second – if you don’t label it your relationship isn’t real.

It flips from one end of the spectrum to the other. If you’ve not experienced this yourself, you’ve at least had the misfortune of seeing a friend act this out with their significant other. Whilst their relationship hits all the correct social cues deep down they’re not happy at all.

A relationship is never one size fits all

After 10 years are things perfect for me and Ry? Fuck no. But that’s what a relationship is, the ability to face a problem together and get through it as a couple.

And hey! We’re still fighting against the great expectations too. To try and conform, we decided we’d go for a posh meal for our anniversary. You know, one that you can get all dressed up for. We picked the most instagrammable fine dining restaurant and booked weeks in advance… only to be told there was a booking error and we couldn’t have the date.

A blessing in disguise.

‘So what are we doing for our big 10th anniversary?’ I hear you ask! We’re off to our favourite family-run Thai restaurant. It’s the one next to the strip club in Chinatown and you can bring your own beer.

Unconventional, yeah? But it’s us and it works.