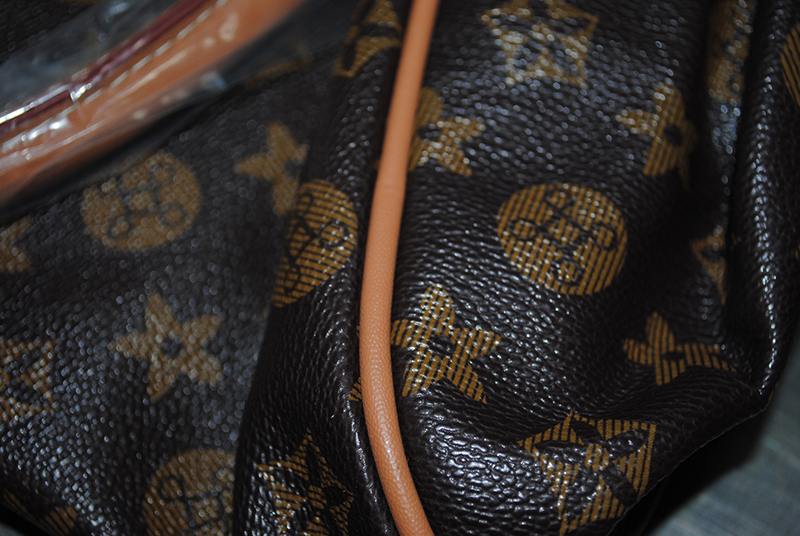 Recently Manchester was named the capital of counterfeit goods. Our bustling wholesale industry has become muddied by secret hideaways and white van trading. Whilst I don’t often adorn myself in designer clothing, I often find myself questioning ‘Is that real?‘ every time I see someone walk by with a Moscino bag.

Our relationship with fake fashion is a peculiar one. Some may see it as a good opportunity to invest in high-end without the price tag. Others see it as a desperate attempt to be seen with the labels.

In truth, there’s much more to it than that.

Smuggled into the country

‘Same same, but not same’ – The monotonous sales pitch from just about every market vendor stocking fake goods in Changmai, Thailand. Rumor has it though, they get ex-branded versions. Ones from exactly the same factory, just with a few minor changes.

Unfortunately, the rumors couldn’t be more wrong. At 700 baht (roughly £16) you get what you pay for. The fit isn’t quite the same, the soles of the shoes aren’t quite as stomp-proof and ultimately they aren’t as good quality. 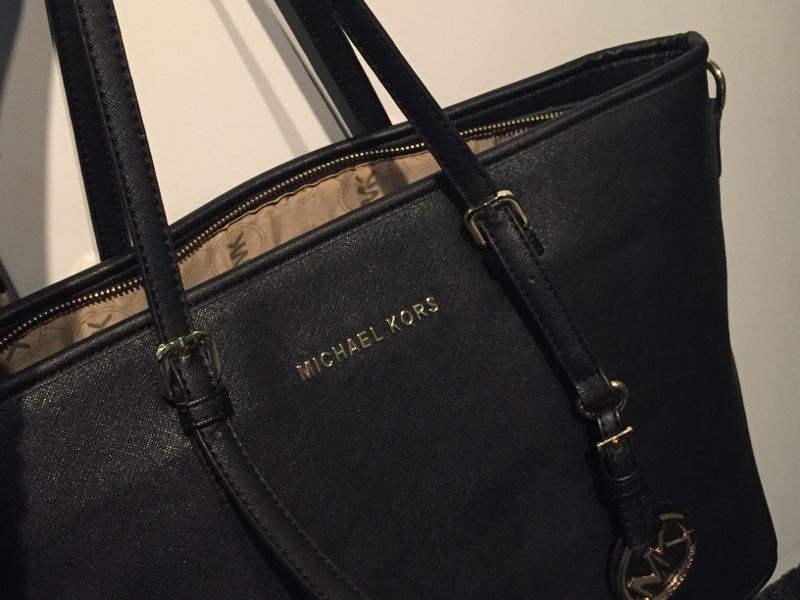 When my boyfriend recently traveled there, he picked up a fake designer bag for me from the market. “I’ve got you something but I don’t think you’ll be happy about it.” I’ve longed for a Michael Kors Stefano tote for years, but unlike everyone under the sun it seems, I don’t have one. That is until my boyfriend bought me a fake. Cringe! He was only half joking and when it finally arrived back with him I have to be honest, I was slightly impressed with the quality… until the zip broke.

Even the ‘replica’ bags you find on Camden Market aren’t great value. Tatty lining and dodgy threading is the bane of most purchases, in case you were wondering your consumer rights go out the window when you’re buying fake goods. Want your money back? No chance.

But we don’t often think about these issues, we see a bargain, a nice purse that just so happens to be YLS instead of YSL.

I spoke to Rebecca from PocahontasJane to see why she buys the occasional fake item: “I think that it comes down to human sense. People should be able to tell that a Chanel jacket isn’t going to be £20 at the local car boot sale. It is a shame for the designer brands trying to make a statement with good quality… counterfeit goods can give their brand a bad name but I don’t think people buy fake goods out of malice. It’s simply because it’s cheaper.”

“For me, it isn’t about snobbery or feeling rich with my knock-offs. I saw it and bought it. Unfortunately people (myself included) don’t think about the designer chain when we make an impulse purchase.”

Rebecca is completely right, we don’t think about these things. It’s an impulsive buy. There’s no time to consider where it comes from, who made it and where my money goes to. If big brands such as H&M get caught for having awful working conditions, I dread to think what the factories for fake goods are like.

Where does it all come from?

Baroness Neville-Rolfe, Minister for intellectual property, explained: “The production, distribution, and sale of counterfeit goods has always had close links to serious organised crime, a fact often not considered by the everyday bargain-hunting or cash-strapped consumer. Thanks to the ever increasing partnership between government departments, industry, and law enforcement we are leaving fewer and fewer places for criminals to hide.” 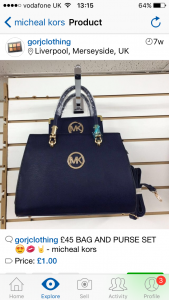 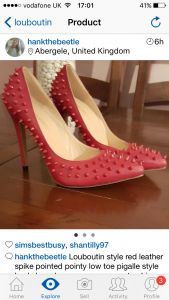 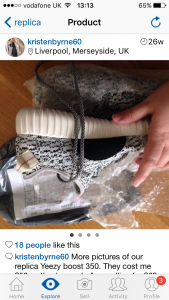 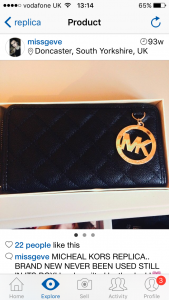 It’s a murky business. Whilst the seemingly innocent Depop girl selling replicas may come across as legitimate, the ties which bind criminal activity and intellectual property crime are ever-present. Whilst she herself may be just another blogger making money to pay for hosting, the place she gets her stock from could be involved in more wider criminal activity.

“Problem areas such as Cheetham Hill still exist. This trade, where income tax and consumers safety is simply ignored, undercuts and undermines legitimate businesses and allows other criminality to be funded and flourish.” Baroness Neville-Rolfe continued.

It goes without saying that Cheetham Hill itself is known for much worse than fake goods. Whilst we’d want to focus on the successful wholesale fashion industry there, criminal activity leaves the legitimate business owners in its shadow.

So can you ever get a bargain bag that isn’t linked to crime? Yes and you’ll find them on the highstreet!

If you’re desperate to have a bag that looks just like a Chanel or Mulberry, highstreet stores create their own versions without the designer tag and a few minor cosmetic tweaks. Whilst this may sound shady, it’s normal for highstreet stores to take inspiration from fashion week and designer brands. As long as they use a different material, perhaps a different colour, maybe add a zip pocket on the inside; they’re good to go because technically they aren’t exactly the same.

Anisha from Fashion and Frappes says: “I am very strongly against counterfeit items. I think my strong feelings against this also come from the fact that since I work in finance, I understand how and where the money from counterfeit goods go – it goes to fund terrorism, drug and human trafficking.”

“I don’t want to be preachy – I have bought counterfeit things (knowingly) myself and I know most people are unaware of this. But I think its important to get the information out there – buy copies (from Mango, Primark etc), buy second hand but I request everyone to please not buy counterfeit.”

It might not have your favourite fashion house emblazoned on the front, but wouldn’t you feel much better knowing your items come from a more trustworthy source?

I’m guilty of owning a fake, you might be too, but would you buy again knowing where your money might go?