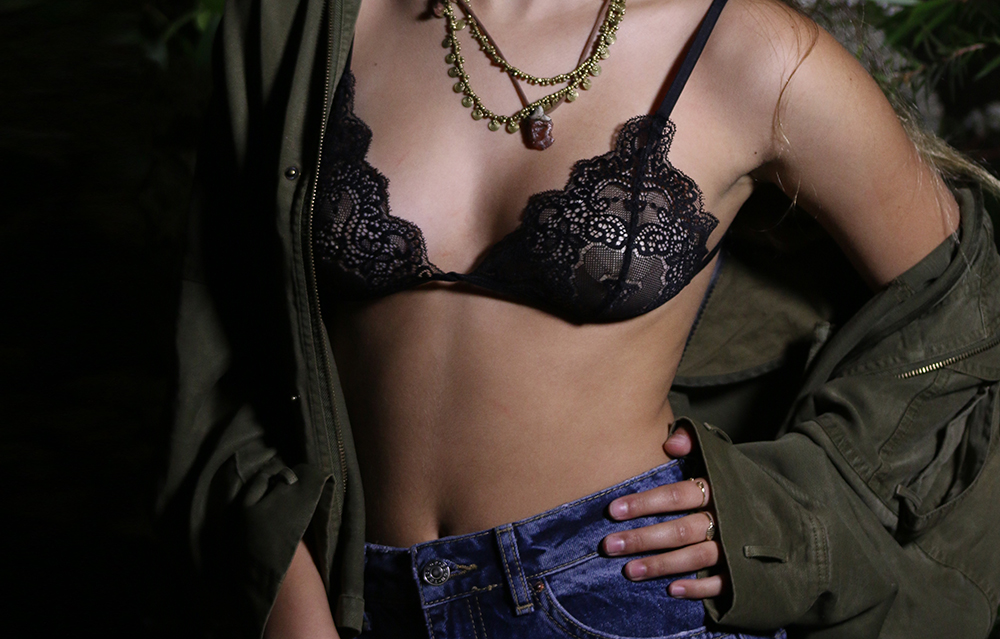 Bras. Skivvies. Lovejugs. Intimates. Boob cups. A modern mystery to all women (and some men). Are they really essential? Will I ever find the right size? Why are they so expensive?

Well girls, that’s honestly the least of your worries once you’ve opened up the can of worms which is bralettes – or ‘fashion bras’. You know the ones I’m talking about. They’re often made of cheap lace, with thin straps and (let’s be honest,) they probably look much better than they feel.

Still unaware of what I’m talking about? Take a wander through Primark. You can now buy a cute lacey bra for as little as a fiver, but the question is are they safe to wear?

Courtesy of Primark via PRshots

Everyone has their own preferences when it comes to finding the ‘perfect’ fitting bra. We’re often told to wear our straps low, go for support over design and always opt for a sturdy back bridge. That said, the new fashion bra trend is railing against this age old advice.

If you’re anything over a cup size B, you’ll notice that these fashion bras don’t actually offer much in terms of support. Your boob will flop over the flimsy band and give that ‘Are you actually wearing a bra’ look – which isn’t so bad, but if you want that look surely you may as well go without! Your front bridge will ride down and buckle under the weight, meaning the back bridge rides up to compensate. If you manage to survive the day you’ll no doubt have some lovely indented red shoulders to show for it.

When I began researching for this piece, I came across a 2009 article from the Guardian (yes an article from 2009 on the first page of Google). “Not only are women’s breasts getting fuller, partly due to oestrogen-based hormone treatments such as the contraceptive Pill, but women are still sporting bras that simply don’t support… Bra-strap back syndrome causes pain in the neck, shoulder and arm and can lead to muscle wasting and weakness.”

Dear God, somebody stop the breasts. They’re out of control and growing at unfathomable speeds.

Whilst the article sounds dramatic, we have actually seen an increase in the average bra size for women in the UK. According to the latest figures, the average woman is now a 34DD. Perhaps not the target market for flimsy lace bralettes, so how have they become so popular?

Tim Hutchful from the British Chiropractic Association said on the matter: “It really is quite shocking how many women still place how a bra looks over how much support it gives. Bras are like suspension bridges, you need a well-engineered bra so your shoulders don’t take all of the strain and end up doing all of the work, spreading the load is important. Bras that don’t fit will affect the shoulders and chest and will almost certainly cause back pain as you get older.”

He continued: “Back pain continues to rise in Britain and we want to educate people on the simple, everyday lifestyle changes people can make to prevent problems later in life. It is so important to make sure a bra gives you enough support as possible. Wearing the wrong size bra can lead to a number of problems including back pain, tingling in the arms, restricted breathing, abrasions, breast pain and poor posture.”

So is a bra going to kill you? Nah, probably not. But unless you want to live out the rest of your years in back pain I suggest you focus on finding what works for you, rather than rolling with the trends. Whilst I wouldn’t bin off the bralettes completely, it’s definitely worth considering the long-term effects of everyday wear. Yes, you will look cute in your next private snap but is it really worth it in the long run?