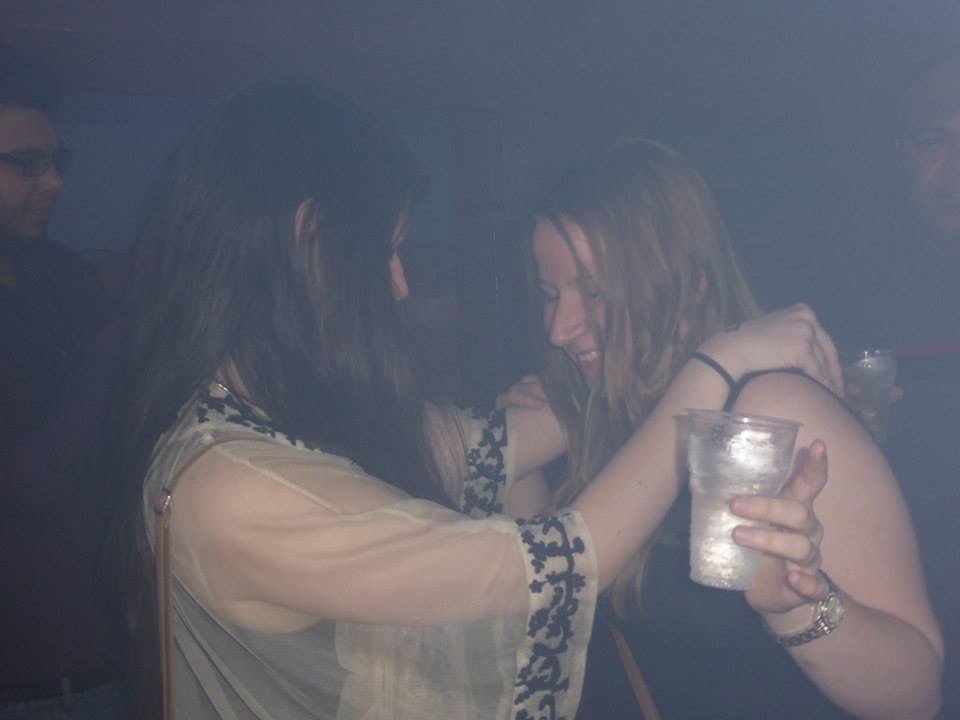 One of the interns at work is having a rough time. She lives with a house of girls who sound as if they love to cause trouble. Sound familiar? I think every twenty-something girl can think of a time when they’ve felt a bit ganged up on before.

Small change, big difference. For every person who’s ever said that ‘boys will be boys’, there is someone who believes similarly that all young women are naturally catty. I’ve been guilty of this when I was much younger, but it still surprises me that people believe this is a social norm in 2017.

‘I just prefer boys, I don’t get on with women‘ have you heard that before? I know I have! So if it’s so common, is there any truth to it?

Just girly things, am I right?

Disclaimer: I was by no means a saint when it came to fighting with other girls when I was younger. In highschool I drifted between two loose girl groups which could have formed one super-group of girls if we weren’t at each other’s throats all the time. Despite this I’ve always been a girl’s girl.

Back in the day, you’re a teenager, you don’t really know the ins and outs of social politics. This means you struggle to nurture long-term friendships and tend to hold grudges when things go wrong.

They say the strongest bonds are formed over a mutual dislike and honestly in high school I’d probably have agreed with you. Every now and again, there would be a new person to dislike. Maybe they didn’t invite you out at the weekend, ignored you on MSN or god forbid – took you out of their top 8 on Myspace. All these bullshit reasons caused big problems between friendship groups back in the day and we all took turns to be the bad guy.

Sometimes issues stepped over the line of petty to just plain mean. A friend might expose your secrets or chat up your boyfriend, maybe even mock your mental health issues. At the time, everything starts to build up and create a big portfolio of reasons not to trust girls.

It’s easy to harbor these feelings when you’re young. You’re still developing your social capabilities and you build a barrier up against the things that stunt your growth. Those ‘things’ in this scenario being fellow young women.

But here’s the kicker – it’s not women who are inherently shitty. It’s just your friends.

Ask yourself right now, why do you dislike women? It’s bound to be down to a personal feud you’ve had with a handful of people – but is that really cause to write off over 50% of the population?

I’m not trying to patronise anyone with this mindset. I want you to consider what you could be missing out on – some of the most beautiful and honest connections you will have in life will be with other women. Whether it’s a family member, co-worker or those you choose to surround yourself with. Your position is this world is unique but there is no one else out there who is on a level with you like fellow women are.

I’m willing to catch hands with anyone who says this statement. If you say this, you’re part of the problem here. This is a step beyond avoiding friendships with other women. These negative vibes spread so fast and justify so much unnecessary girl on girl hate.

We need to accept accountability for all the times we’ve uttered something along the lines of ‘oh no, I’m not like those other girls.’ Newsflash! By judging ‘the other girls’ you become them. A back handed statement that says ‘they’re bad but I’m good’. You might not even think too far into such a flippant remark, but that’s exactly what you’re saying. You are literally slagging off all girls. Isn’t that crazy?

But who are ‘the other girls’ you’re refering to anyway and what are you really afraid of?

Why can’t we all just get along?

In short, I just need you to understand that yes – you probably have had some seriously shitty experiences in life – but if you persist in shunning all potential female friends you could be missing out on knowing the most incredible people in the world.

From one ex-non-believer to another, you’re stronger now; You can weed out the fake friends before they get a chance, you don’t have to hold up the barrier to all women. I ditched all my hometown friends before heading off to uni and gained the best girl friends I’ve ever had. These girls stuck by me throughout those three years and one of my besties even took me in on Christmas day! It’s easier to talk to female coworkers, ask for advice on female health issues and generally chat shit with women who are on the same page as you.

It’s time to start nurturing relationships with other women, not just for the greater good of womanhood, but for your own self. The intern at work, she’ll be ok, but I worry about the effects that girl on girl arguments will hold on many people in exactly the same position.

If this piece speaks to you, if you’re the type to hang around with boys because ‘girls are drama’, don’t be afraid to give girls a chance!