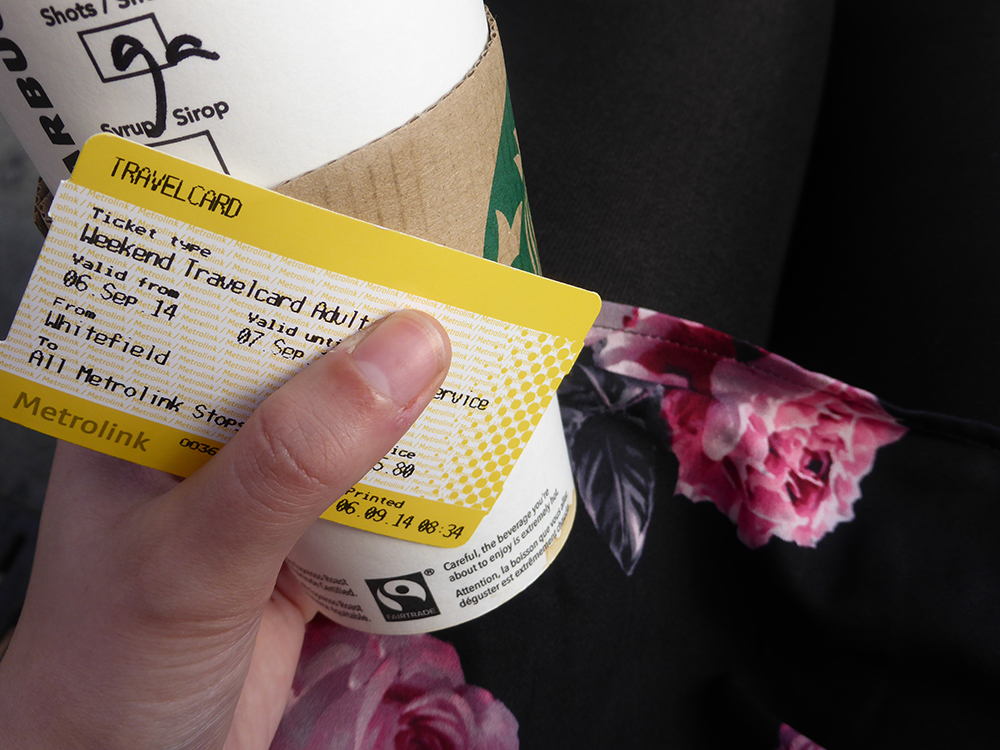 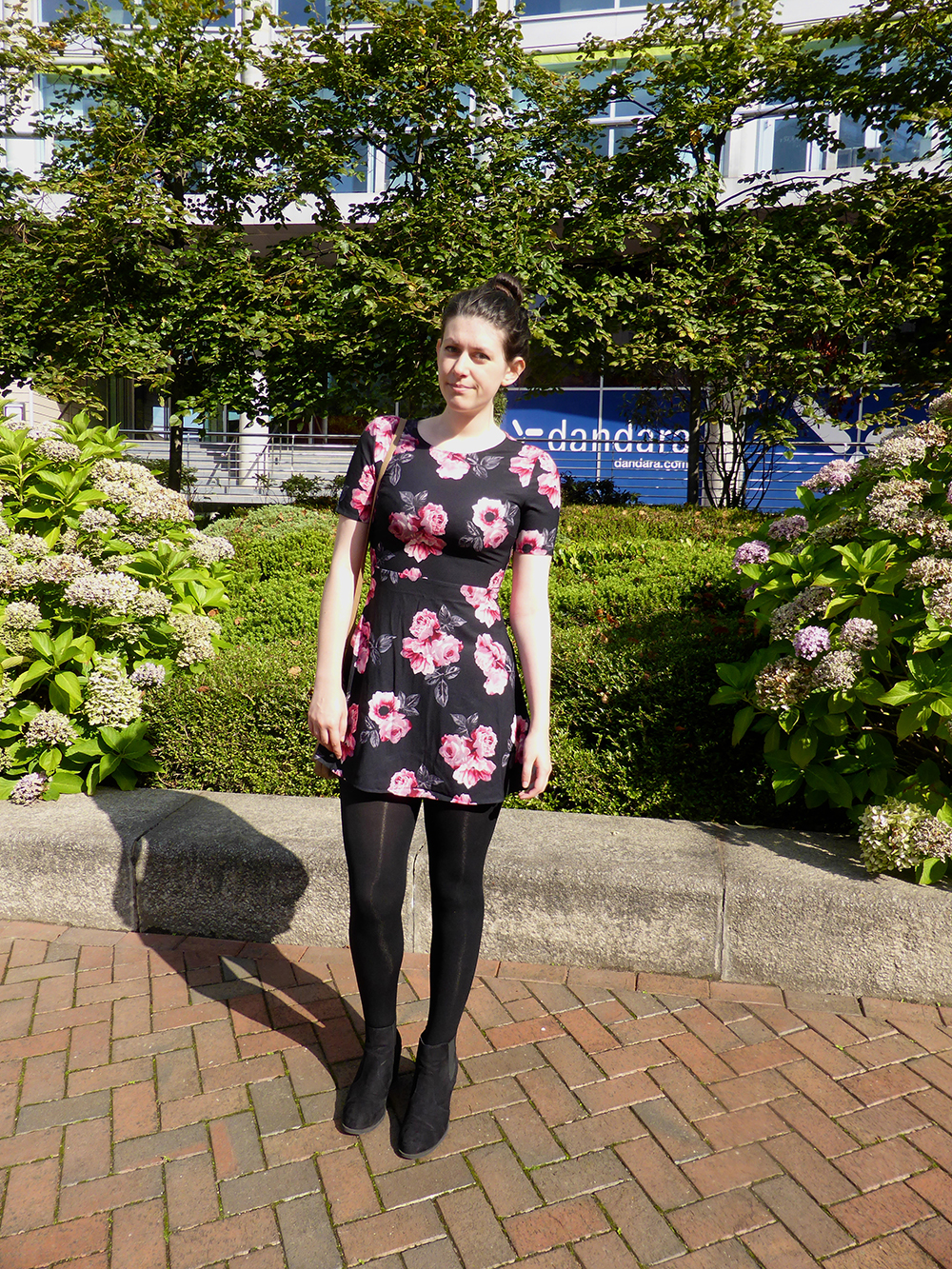 This little floral number really came in handy. I stumbled upon it tucked away in the corner of H&M and scurried into the changing rooms. “I can wear this in the office.” – Instant justification of any purchase.

I seem to be wearing my work clothes all the time the days, but on this occasion I spent the afternoon with my fella and his parents. Good food and good company are two perfect ways to spend your weekend, so surely this little outing called for my new dress? Plus, you always want to look presentable in front of your boyfriend’s parents… even though it has been almost 7 years!

Ryan’s parents have been scooting around in their new car all week, so naturally we went to the middle of nowhere for tea, allowing them to ‘wear it in’. 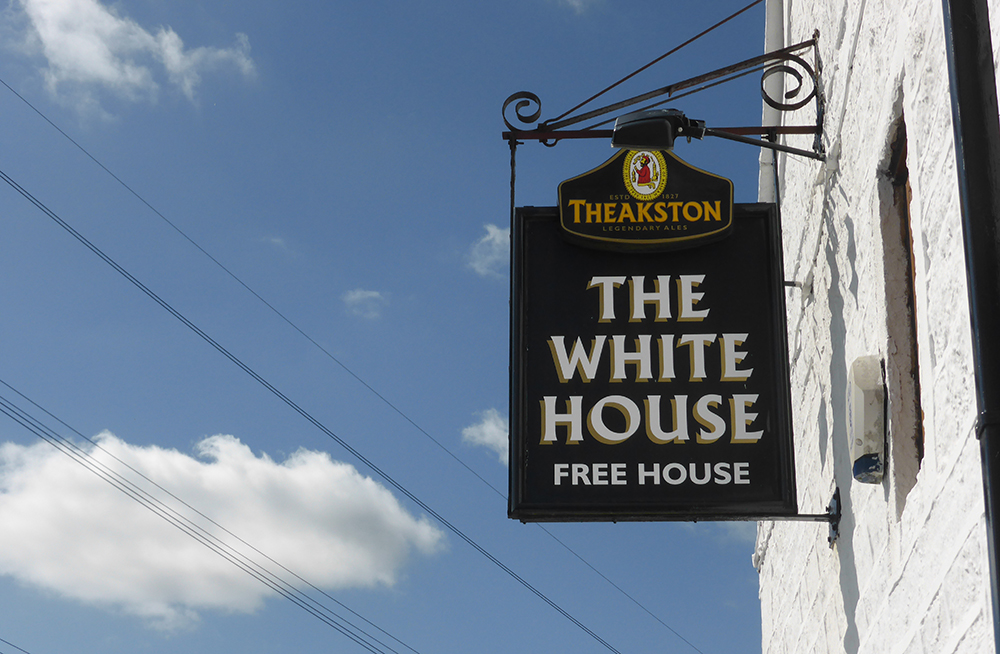 My photographs simply don’t do this place justice. It’s such a lovely view, with cyclists buzzing up and down the hill. In fact, this road in particular was part of the route for this year’s Tour of Britain. However, the population of sheep definitely outweighed the amount of people when we visited, which made the day even more relaxing. I felt as if I’d completely disconnected for the afternoon. Or at least my phone had.

Pub grub. It’s a horrible term isn’t it? The White House sits somewhere in the middle ground. It’s certainly no Harvester, but it isn’t quite ‘The Wharf’. I know I’m losing points for choosing the least attractive meal, but I can assure you that the taste made up for my poor photos. I picked the vegetarian masala. It was so nice that I even ate the broccoli and no one really likes broccoli, do they? (Don’t lie.) 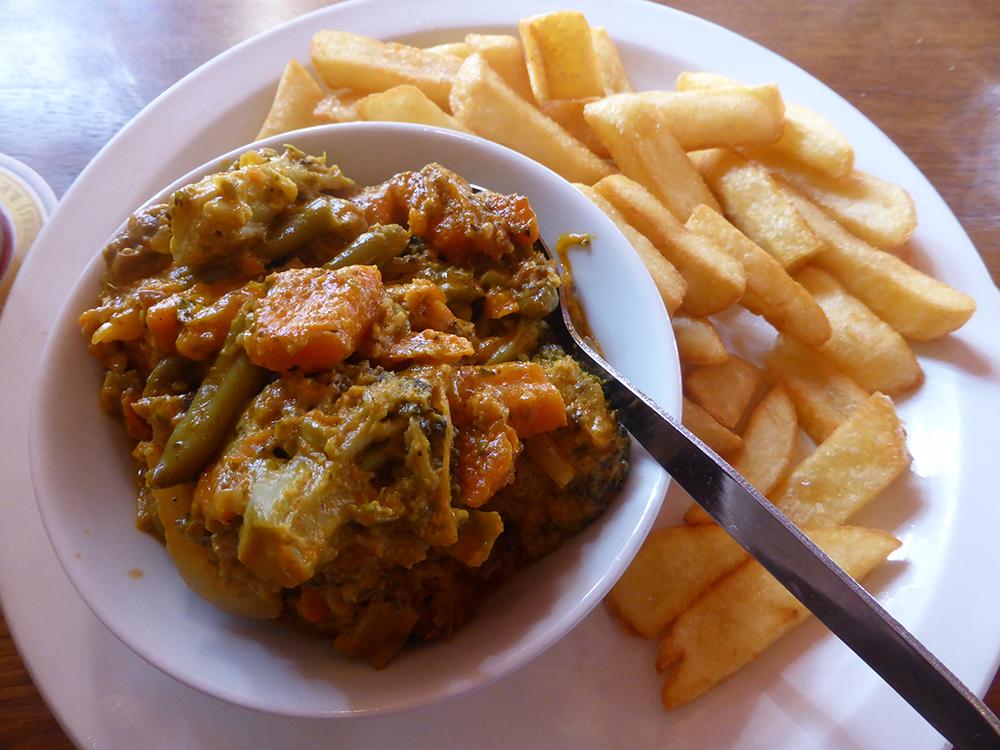 I live in the city centre of Manchester, so it’s always nice to come further out to places like these. Especially when I’m so used to NQ. In fact, I’d go as far as saying that I really limit myself when I’m in the city, sticking to the same places and most of the time the same dish! Although, I’m surely not the only one guilty of this?