A few nights ago, as I lay awake in bed wondering what Gerard Way was doing with his life now, I realised that emo wasn’t really ‘a thing’ anymore. Myspace, heavy eyeliner and overgrown fringes; what a time to be alive. Back in the day I took a lot of flack for being an emo – although I would never have labeled myself as one at the time. I’ve definitely change a lot since then, but I can’t help thinking that today’s teens are missing out by not having an emo phase.

Before we get going here’s a playlist to set the mood. Get comfortable cause this blog post is going to be longer than a Fall Out Boy song title.

Anyway, back to the blog post. I’m not the only one who wants the emo trend to have a revival! Ancient teen crush material Matt Willis piped up and honestly I wish he didn’t. At first his tweets struck a cord with all ex-emos until we realised he was just looking for an excuse to slag off girls. Why are you looking for varying eye candy, Matt? You’re married to one of the fittest women in the UK. (Put him back in his box, Emma) 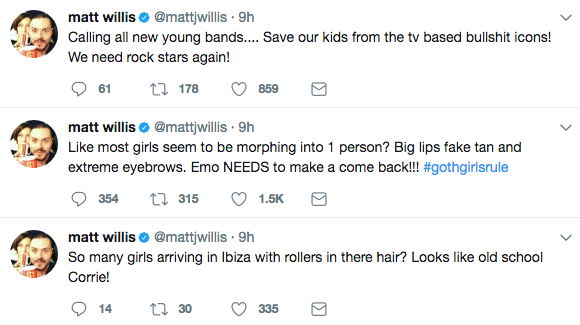 Having said that, I do still believe we need a mega emo revival. Back in 2009 when dance music suddenly stopped being all about annoying high-pitched voices, emo took a back seat and melted into memory. Facebook replaced Myspace and with it our favourite bands got lost along the way.

It was a gradual change and seems so far away from where we are now. These days we’re too worried about Donald Trump and Brexit – quite frankly there’s too much panic and not enough disco. I thought I’d list a couple of things I miss about the golden years of being emo.

The open discussion of mental health (TW)
Plenty of emo bands were villainised for their use of dark themes. The trend became synonymous with self-harm and suicide, with the Daily Mail going hard on My Chemical Romance in particular. Whilst things seemed pretty bleak, what we didn’t realise was the topic of mental health becoming mainstream. Yeah, kids were exposed to some heavy and controversial issues, but talking about them openly made it easier to cope.

This was long before buzzwords like ‘wellness’ and ‘mindfulness’ were really a thing. Emos were the original martyrs for the self care movement. Despite us all keeping up the typical ‘moody teen’ act, we deeply cared about each other and were unapologetically open about our emotions.

A come as you are attitude
The LGBT community was embraced and even straight white men started wearing eyeliner. Frank Iero and Gerard Way from My Chemical Romance were famously seen getting very close on stage, spawning a flurry of horrendously graphic fan fiction blogs.

However, I would like to drop the humor for a second to remember in 2012, when young emo teens were massacred in Iraq for playing ‘rebellious music’ and dressing in emo fashion. Over there, emo boys who dressed effeminately were presumed gay. Whilst attitudes in the UK were beginning to change towards the young LGBT community, other countries were not as lucky. 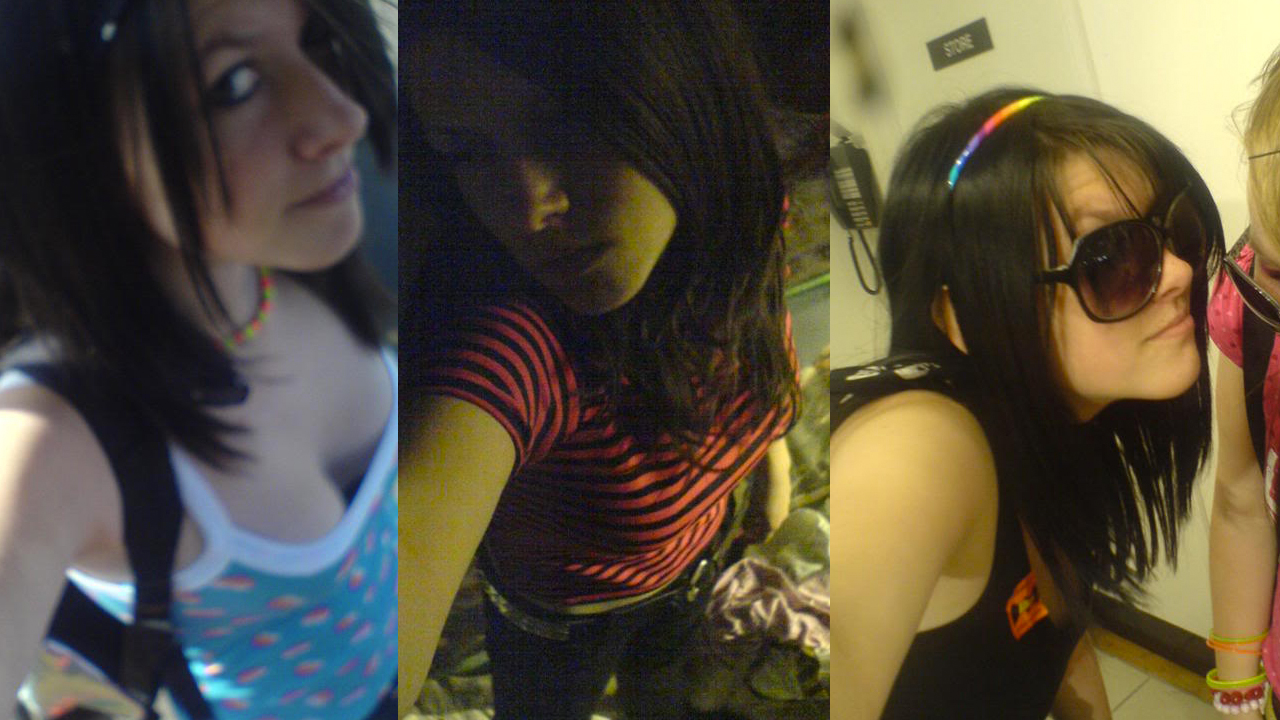 High angle selfies
Long before you experienced the horror of accidentally opening your iphone’s front facing camera, point and shoots reigned supreme. If you had an SLR you were part of the 1%. Most of us had a Lumix or Nikon Coolpix which would take all our best pics for Myspace (pc4pc anyone?) Instead of using a selfie stick, we’d launch our arm in the air and hope for the best. YES, we had to click and pray for a good angle. As you can see, it didn’t always work.

Supporting the music industry
Ok, ok, most of us had Limewire but when we stanned a band we gave them our all. Gigs were much cheaper back in the day. Instead of paying £70 to see Lady Gaga, you’d be spending £7 to see Four Year Strong in the basement of Manchester Academy. Your train fair and cheap cider would cost more than the event itself. You’d have merch, DVD albums and of course you’d have your favourite band proudly displayed as your Myspace profile song.

Times sure have changed. These days, the closest we have to punk is grime (LG said it and he’s right), but there’s nothing that comes close to the emo movement.

It’s absolutely time we had a revival, who’s with me?